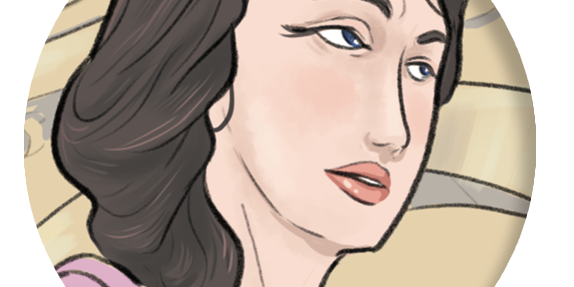 A beautiful woman and the heiress of one of Britain’s wealthiest families, Mary Nesbit married Lord Elgin at the age of 21. Her parents were delighted to marry their daughter to an aristocrat. Being strongly attached to her parents, she agreed to follow Elgin as far as Constantinople, only after the Nesbits promised to visit them frequently.

During her stay in Constantinople, she kept regular correspondence, writing long letters about all that was happening around her. Initially, she was very troubled by Elgin’s excessive expenditures in acquiring his collection. However, on seeing her parents’ delight over the antiquities during one of their visits to Athens, she became much more supportive of Elgin and enthusiastic about her “family’s belongings.”

Reportedly a shallow and light-headed woman, she referred to the Caryatid Porch Temple as the “carry-something” which according to documents, she believed Elgin should take in full.

During her husband’s confinement in France, she became intimate with the godfather of one of her four children, Robert Ferguson, whom she eventually married, but only after a painful and humiliating divorce from Lord Elgin.