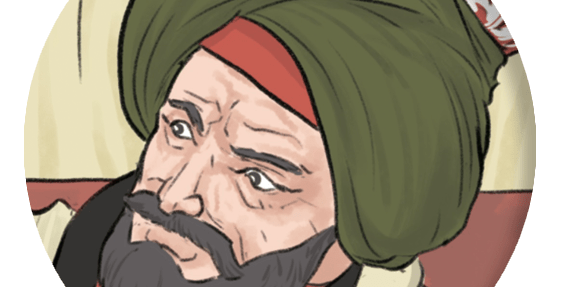 Named Seged Abdullah Kaymakam. He was the Ottoman officer at the Sublime Port in Constantinople who had replaced the Grand Vizier during his absence in Egypt.

Lord Elgin had a cordial relationship with him, as evidenced in historical documents of the time. In order to facilitate Lord Elgin’s ambitious plans, he wrote a friendly letter, the renowned “firman”, addressed to the Ottoman authorities in Athens, requesting them to provide assistance to Elgin’s crew.

Insisting that under no circumstance should there be any harm done to the Sculptures and the actual temple.