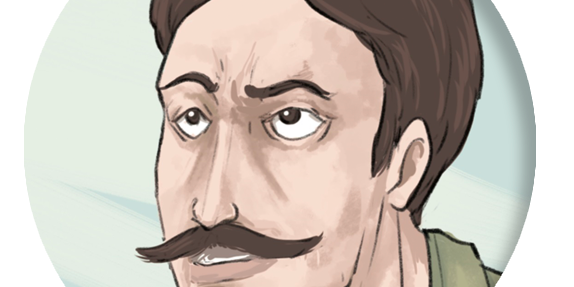 Italian landscape artist who was working in the court of the King of Naples when, Lord Elgin hired him. He remained in Athens from 1800 until his death, with the exception of a short period between 1807-09 during the Anglo-Turkish war when he took refuge in Malta. Apart from Lusieri, Elgin had also hired other Italian architects including Sebastian Ittar and Vicenzo Balestra, and the designer Feodor Ivanovitch, a.k.a. Don Titta. Lusieri was the overall supervisor of the crews responsible for detaching the marbles. His rough and careless handling of the antiquities has been well documented with stories of pieces being sawn to facilitate removal and transportation.

In one of his letters to Lord Elgin, he admits to having been “a little barbarious.” He produced few paintings having spent most of his time amassing an important private collection of antiquities. Most of which, were lost when the “Cambrian,” the ship they were on board, sank near Grabousa on its course for Britain. Lusieri died in Athens and until the last moment of his life, he continued to press Elgin to fund excavations. Because of the people’s frustration towards his behavior, he took to locking himself up inside his house at nights. The day of his death, neighbors surprised at not having seen him, broke down the door of his house to find him lying on the floor, with a black cat sitting on his chest.

They killed the cat instantly believing it to be the spirit of revenge, punishment for the crimes Lusieri had committed, the impersonation of his own vicious black heart. He was buried in the Cappuccino Monastery. The English community in Athens raised money and erected a marble monument commemorating him, which still stands today.