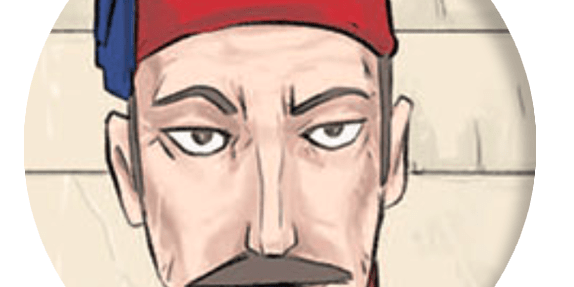 The Disdar was the military commander of the Acropolis and one of three officers representing the Ottoman Empire in Athens along with the Voivode and Cadi, a Turkish Judge.

He had succeeded his father to the position in 1801, at the time when Elgin’s crew was removing sculptures from the Parthenon. Voivode had threatened that he would banish him as a slave on the ships if he continued to be obstructive.

He was finally forced to concede to the Voivode who was his superior. As he witnessed the brutal removal of the first Metope, he famously shed a tear saying the Parthenon is finished